Friends of the Earth International have published a new briefing that addresses if market-based approaches tackle critical loss of biodiversity.

The briefing, entitled “Are market-based approaches capable of tackling the critical loss of biodiversity?” explains why we should reject false solutions including those based on the Financialization of Nature and, instead, focus on real solutions to tackle the deepening crisis. Many of these https://viagragen.com/impotence-causes-symptoms-treatments/ real solutions already exist: applying existing legislation is just one of them.

We are facing multiple interconnected crises. Biodiversity loss and deterioration and the extinction of species present us with further negative impacts. In response many false solutions are arising that merely seek to keep the status quo, while creating new corporate opportunities.

The briefing can be downloaded from at this link.

A new documentary has been broadcast about water financialization. The programme is produced by the German-French TV ARTE and is called ‘Main Basse sur l’Eau’ or ‘Wasser – Im Visier der Finanzhaie’ (Lords of Water).

It is available in French and German and can be watched for free online here.

The documentary shows the impacts of water markets in Australia and its development in California. They interview many of the people actually speculating with water.

END_OF_DOCUMENT_TOKEN_TO_BE_REPLACED 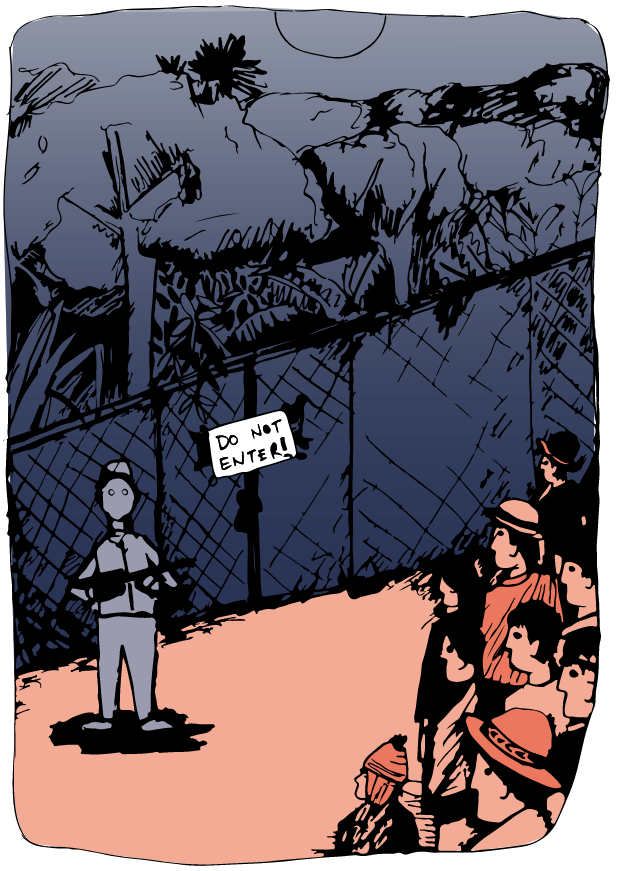 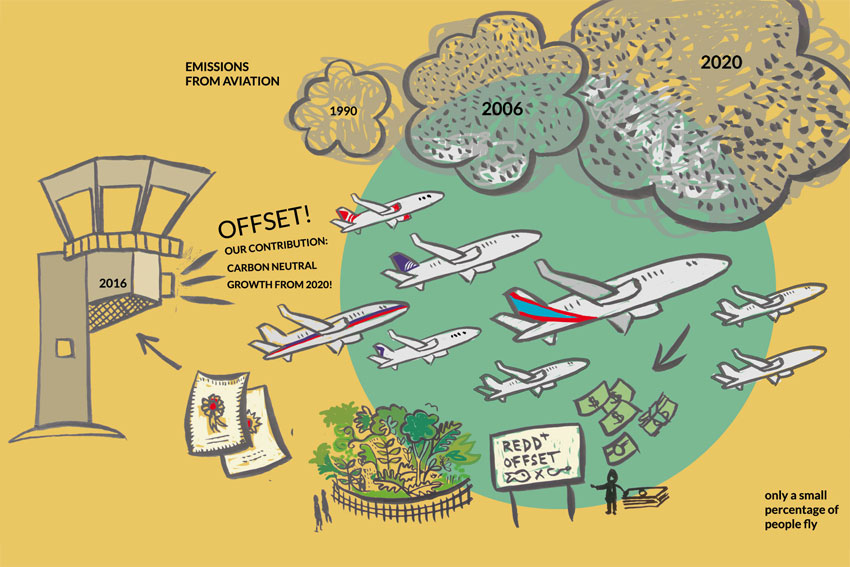 Heinrich-Böll-Stiftung have just updated their dossier New Economy of Nature!

‘Offsetting is better than doing nothing at all.’

‘Prices must tell the ecological truth.’

These and other popular arguments for an economic valuation of nature are critiqually questioned in our dossier New Economy of Nature. Ten contrasting points illustrate where these common assumptions fall short or where they are just false.

Also NEW in our dossier:

Our dossier illustrates what the concept of the ‘New Economy of Nature’ stands for and why this approach has been of increased interest to economy and politics. We name key actors and institutions that are shaping the discourse and highlight contradictions as well as disputable assumptions.

At this event, activists, researchers, and NGOs and will be sharing testimony from communities across several continents, discussing these new threats to people and nature, and begin learning how to challenge them together. END_OF_DOCUMENT_TOKEN_TO_BE_REPLACED

Last year the European Commission was forced to ditch its plans to develop legislation on biodiversity offsetting after EU citizens overwhelmingly rejected such plans in a public consultation. Nevertheless this set back doesn’t seem to withhold the European Commission from pushing biodiversity offsetting forward in practice. Together with the European Investment Bank (EIB) it is running the Natural Capital Financing Facility (NCFF), which aims to invest up to €125 million in natural capital projects.

The push for biodiversity offsetting is not only at odds with the EU’s democratic policy process, the benefits for the environment remain questionable. Because of its focus on financial return critics fear the NCFF may rather drive the financialisation of nature than the protection of nature.

The NCFF will operate a total budget of €100-125 million with an additional €10 million for technical assistance. The aim is to leverage private investments for 10-12 pilot schemes from 2015 to 2017.

According to the European Commission the NCFF has to „demonstrate that natural capital projects can generate revenues or save costs, whilst delivering on biodiversity and climate adaptation objectives. The NCFF is to establish a pipeline of replicable, bankable operations that will serve as a “proof of concept” and that will demonstrate to potential investors the attractiveness of such operations“.

The European Commission’s conviction that financial gain and biodiversity gain can be easily combined is not shared by everyone. During the consultation round on biodiversity offsetting https://tadalafilhome.com/basic-facts-about-cialis/ last year, over 9000 people and 65 organisations have signed a letter urging the Commission not to pursue policy related to biodiversity offsetting. They fear it would “harm nature and people, and give power to those who destroy nature for private profit.”

Indeed, the NCFF’s budget consists of €50 million from the Commission’s Life programme, money that used to come in grants for environmental projects. Increasingly, proponents of financial instruments argue that flexible financing is necessary in order to secure ample funding to address the climate and environmental crises. However, it also means a shift in management from environmentally focused institutions to institutions with a financial focus driven by profit. As a result success becomes measured by profitability rather than the ability to protect nature.

Another problem is the lack of transparency. Part of the NCFF funding will be channelled through intermediary funds managed by third parties. Using financial intermediaries makes it impossible to fully measure the project’s impact. The EIB’s responsibility to track all the investments is outsourced to the intermediary who often lacks the capacity, know-how and focus to lead on this process. This has an inevitable impact on the quality of the projects.

Among some environmental organisations doubts about the NCFF as an instrument are rising even before the first projects have been approved. Its focus on promoting the valuation of nature and developing markets for ecosystem services and biodiversity offsetting makes it a symbol of the financialisation of nature. 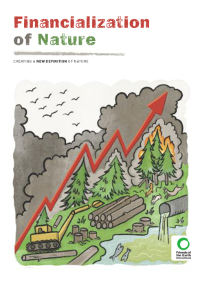 Friends of the Earth International are presenting a new publication from their Forests and Biodiversity Program.

The brochure, “rejecting Financialization of Nature”, explains in a simple way how financialzation works using examples from different countries.  It puts forward a strong position on financialization to raise awareness in the public and should be a useful tool for those lobbying at international and national levels.

Spanish and French language editions are available from Friends of the Earth International directly.

Friends of the Earth International is also publishing materials to support its work about climate finance at the national and international levels, at the UN and UNFCCC, backing Indigenous Peoples and local communities rights to end deforestation and forest degradation.

Drawing together these pieces of work, Isaac Rojas has written an article for The Ecologist magazine: “Local communities, not global financiers, are the best forest managers”. 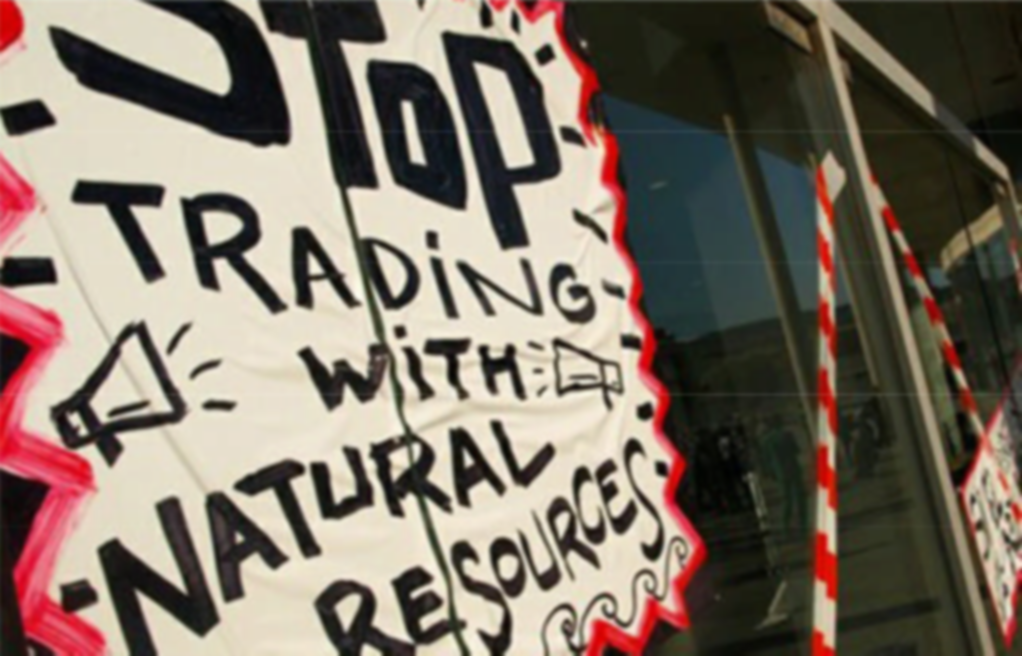 Friends of the Earth Europe has produced a new paper stating that the group believes “nature is not for sale”.

Proposed EU policy would introduce new systems of biodiversity offsetting as a theoretical way to secure “no net loss” of biodiversity.  Friends of the Earth Europe’s paper summarises and explains the problems with this approach.

You can read the report on the Friends of the Earth Europe website. 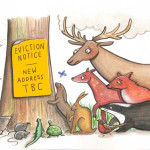 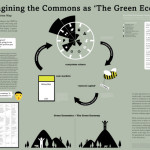 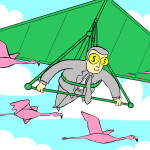 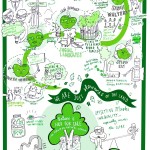 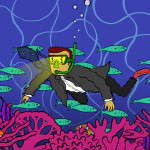 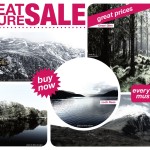 Illustrators Clarice Holt and Jon Lander have produced some wonderful designs to get across our message on the great nature sale.

You can download them as use them for free on our the posters and graphics page where you’ll also find informative posters and other designs.
We’ll hope you’ll share them far and wide.